Our  iOS Training in Kathmandu information provides career-oriented coaching to supply globally competent iOS developers. The coaching is exclusively targeted for dispersive holistic information of iOS scheme and iOS apps development to the scholars. because the various iOS primarily based comes area unit outsourced to Asian countries developers from around the world there’s a wider career scope for iOS developers in Nepal. Therefore, Techaxis Nepal is committed to providing quality iOS coaching in the Asian country (Nepal).

The course includes basic introduction to iOS app development with swift, UIKit fundamentals, iOS networking with swift, iOS app preparation. The course includes all the essential topics needed for changing into a basic iOS developer capable of developing apps for iPhones, iPads and then on. The trainees can need to undertake a project work to develop basic iOS application at the tip of the course.

Introduction to Game Framework (Intro Only)

IOS application and platform wad developed and run by Apple and exists within the development environment of IDE called X-code. Apple also creates their own language called swift to make application runnable in IOS and MAC platform. With around 2.2 million apps on the Apple store, you too can be on your way to becoming an expert Apple developer but creating your first iOS app.

As already mention the iOS developer are high in need in the IT industry. Because of high market need you will get more salary. You will have shocked to know that salary of iOS developer is 30% higher than Web developer (Source Pascale).

IOS have integrated development environment (IDE) for development. This environment is popularly known as Xcode which lets you to develop iPhone, iPad, mac OSX, and iwatch application in one place.

Apple user are rich which means they are really because they spend more money on the App store than Android user. Which means that the app you develop in iOS platform has potential to make more revenue by app purchase and ads.

Mobile application development is a hot skill, increasing number of smartphone user every- day helps developer to make their career easily. Looking at the apple user we can say that there is more career opportunity in this field than in any other field. Experienced as well as entry- level professionals are entering in the iOS development world as there are more opportunity and money. 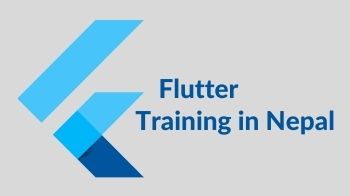 What is Flutter Flutter is a UI Toolkit developed...